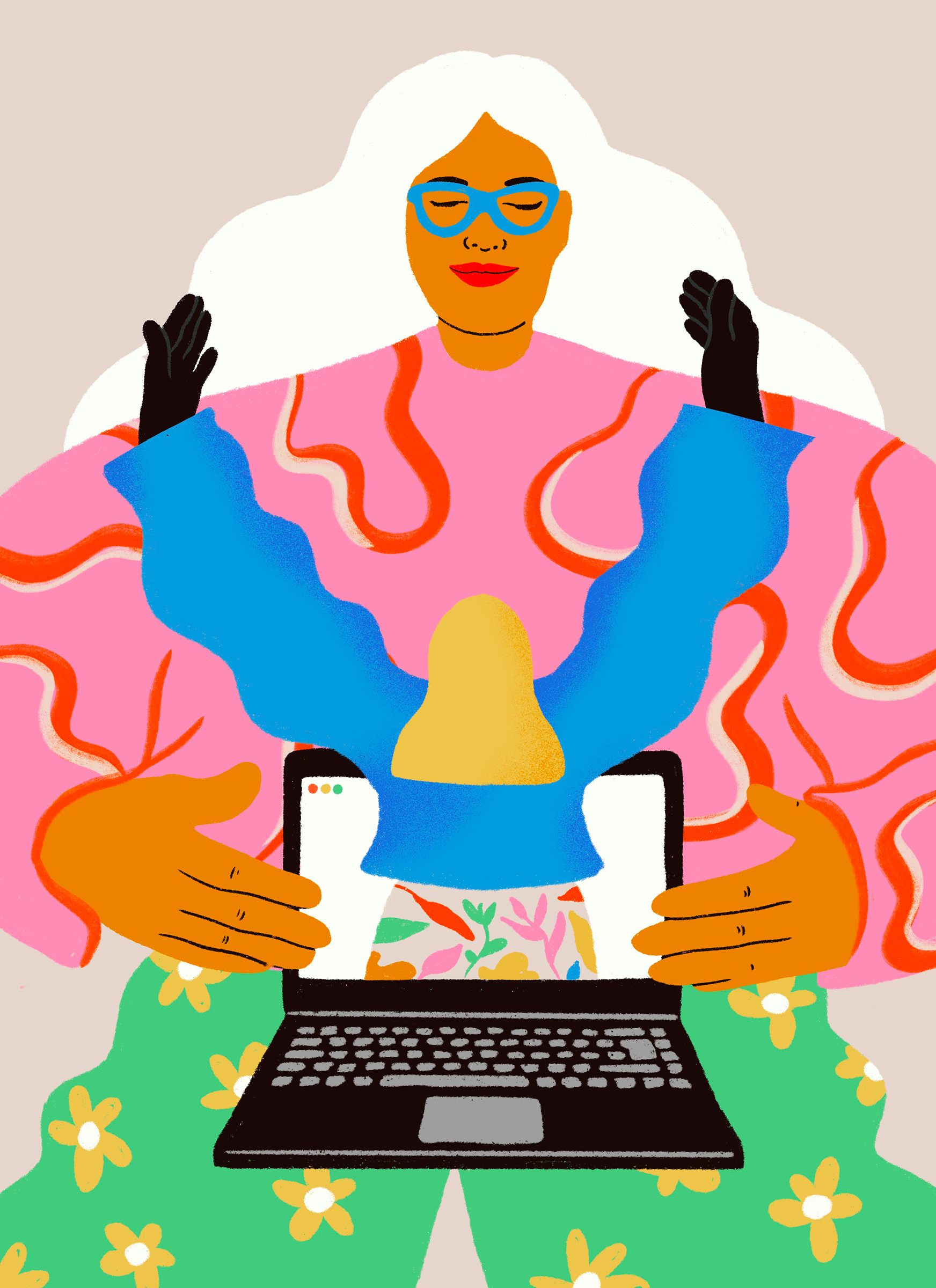 Companies Are Embracing Empathy to Keep Employees Happy. It’s Not That Easy

“Empathy is one of the values we’ve had from our founding.” That’s what Chelsea MacDonald, SVP of people and operations at Ada, a tech startup that builds customer-service platforms, told me when we first got on the phone for this story in June. When the company was in its early stages, with about 50 people, empathy was “a bit more ad hoc,” because you could bump into colleagues at lunch. But that was pre-pandemic, and before a hiring surge.

Now, MacDonald says, empathy is built on communication (as many as five times a week, she communicates in some way to the entire company about empathy), through tools (specifically, one that tracks whom people communicate with most and who gets left out), through intimacy (cultivated through special-interest groups) and through transparency (senior leaders share notes after every meeting). At various points in our discussion, MacDonald describes empathy as “more than just, ‘Hey, care about other people’” and “making space for other people to make mistakes.”

She was one of a dozen executives whose communications directors reached out when I tweeted about the office trend of “empathy.” Adriana Bokel Herde, the chief people officer at the software company Pegasystems, told me about the three-hour virtual empathy-training session the company had created for managers—and how nearly 90% had joined voluntarily. Kieran Snyder, the CEO of Textio, a predictive-writing company, said the biggest surprise about empathy in the workplace is that it and accountability are “flip sides of the same coin.” “We had an engineer give some feedback that was really striking,” she told me. “She said that the most empathetic thing her manager could do for her was be really clear about expectations. Let me be an adult and handle my deliverables so that I know what to do.”

All of these leaders see empathy as a path forward after 17 months of societal and professional tumult. And employees do feel that it’s missing from the workplace: according to the 2021 State of Workplace Empathy Study, administered by software company Businessolver, only 1 in 4 employees believed empathy in their organizations was “sufficient.” Companies know they must start thinking seriously about addressing their empathy deficit or risk losing workers to companies that are. Still, I’ve also heard from workers who think it’s all nonsense: the latest in a long string of corporate attempts to distract from toxic or exploitative company culture, yet another scenario in which employers implore workers to be honest and vulnerable about their needs, then implicitly or explicitly punish them for it.

If you’ve read all this and are still confused about what workplace empathy actually is, you’re not alone. Outside the office, developing empathy means trying to understand and share the feelings or experiences of someone else. Empathy is different from sympathy, which is more one-directional: you feel sad for what someone else is going through, but you have little understanding of what it feels like. Because empathy is predicated on experience, it’s difficult, if not impossible, to cultivate. At best, it’s expanded sympathy; at worst, it’s trying to force connections between wildly different lived experiences (see especially: white people attempting to empathize with the experience of systemic racism). 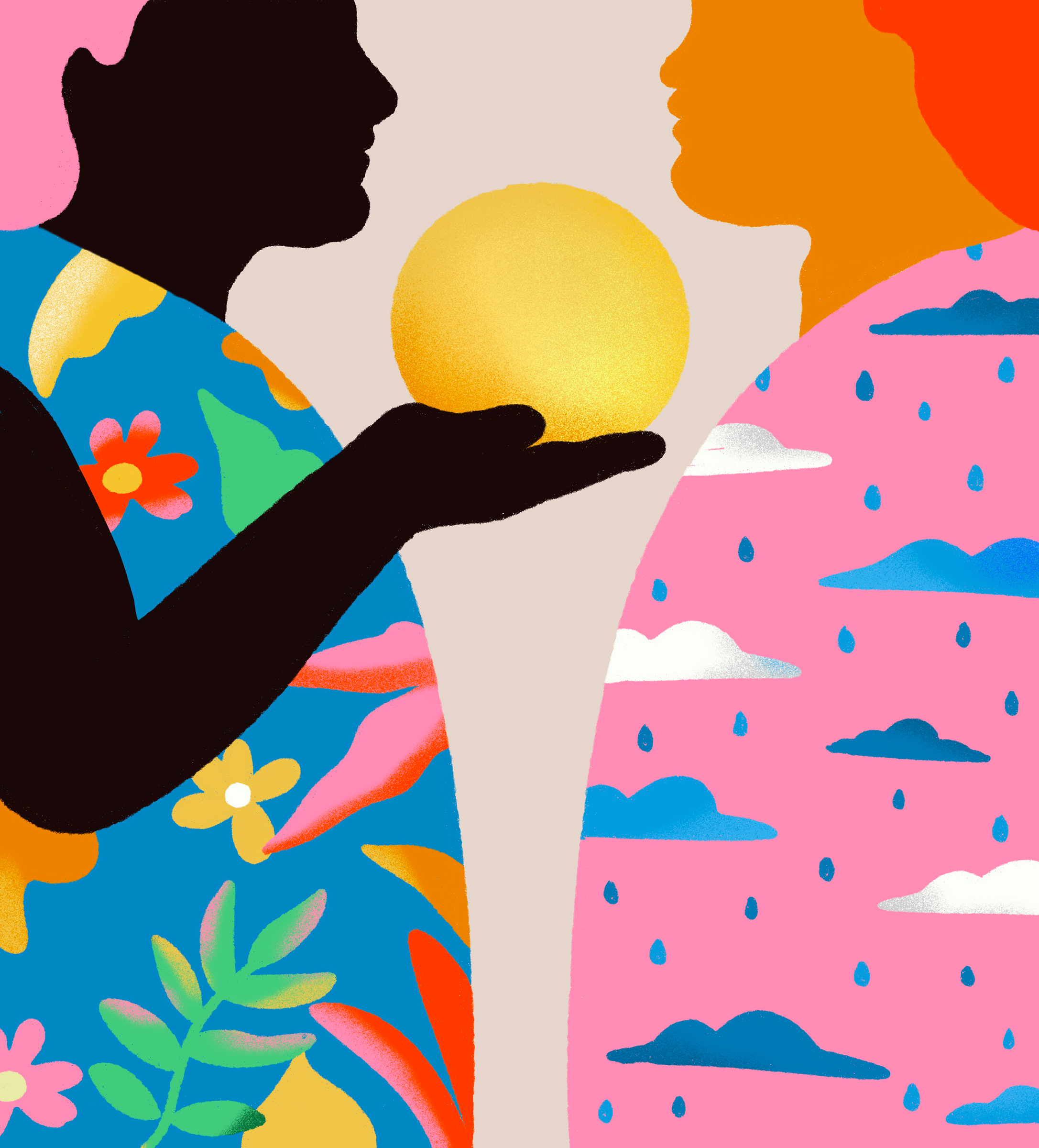 Applied in a corporate setting, the very idea of empathy begins to fall apart. Is it bringing their whole selves, to use an HR buzzword, to work? Is it cultivating niceness? Is it making space for sympathy and allowing people to air grievances, or is it leadership modeling vulnerability? Over the course of reporting this story, I talked to more than a dozen people from the C-suites of midsize and large companies that had decided to make empathy central to their corporate messaging or strategy. Some plans were more fleshed out and self-interrogating. Some thought an empathy training available to three time zones was enough. Others understood empathy as small gestures, like looking at a co-worker’s calendar, seeing they’ve been in meetings all day, and giving them a 10-minute pause to get water before you meet with them.

But where did this current push for workplace empathy begin? According to Johnny C. Taylor Jr., president and chief executive officer of the Society for Human Resource Management (SHRM) and author of the upcoming book Reset: A Leader’s Guide to Work in an Age of Upheaval, it sort of started with, well, him. In the fall of 2020, he’d been hearing a similar refrain from businesses: everyone was tired. Tired of the pandemic; of stalled diversity, equity and inclusion (DE&I) efforts; of their bosses and their employees. When he looked at the 2020 State of Workplace Empathy Study, then in its fourth year, the reasons for that exhaustion became clear. People were tired because they were working all the time, and trying to sort out caregiving responsibilities, and dealing with oscillating threat levels from COVID-19. But they were also tired, he believed, because there was a generalized empathy deficit.

That “empathy deficit” became the cornerstone of Taylor’s State of Society address in November 2020. “Much of the resurgence of DE&I programming in the wake of the George Floyd killing was supposed to encourage open conversation and mutual understanding,” he said. “But it often bypassed empathy. Well-meaning programs devolve into grievance sessions … rather than listening and trying to relate.”

SHRM is an incredibly influential organization, with more than 300,000 members in 165 countries. So while it’s not as if empathy efforts were nonexistent before, Taylor’s speech encouraged them. Even if members weren’t there to listen to his words, his message—and the data from the study—began to filter into HR departments, leaving a trail of optional learning modules and Zoom trainings in its wake.

Why is Empathy Important?

Although empathy in the workplace often goes unnoticed, it’s time for leaders to start practicing it. Having a team that can trust each other, admit mistakes, and engages with psychological safety is key to any great organization. All of which starts with empathy.

Practicing empathy in the workplace allows employees to connect with coworkers and clients more effectively. Connecting, supporting, listening, and helping each other in the office means setting a business up for success for the long term. Improving communication with others and building strong relationships also results in a more positive work environment.

Everyone has their own set of values, cultural understandings, backgrounds, and perspectives that make them unique. Yet, when people appreciate and acknowledge each other, that’s when connection and trust begin.

When colleagues engage in mutual understanding, they are more likely to be their most authentic selves. As a result, they’ll listen more, give each other their full attention, ask more questions, and be open about their feelings.

Empathy is a powerful tool to solve customers’ problems fast and efficiently. When dealing with unhappy customers, empathetic employees would be more likely to make customers feel heard and valued while reaching a solution that satisfies both parties.

Therefore, empathy in the workplace is not only beneficial for employee engagement and team building. When customers feel valued, they become way more likely to come back or, even better, refer the brand to friends and family.

Empathy can help colleagues become better team members. By fostering rapport and trust, employees will be more likely to get to know the human side of each other. Empathy allows employees to see Jane from accounting, for instance, as Jane who’s dealing with her sick grandparent, or Jane with an adorable new puppy.

This allows for teams to interact with each other in ways that don’t always involve work. By seeing people through human lenses, colleagues will be more likely to have each other’s back and best interest at heart. Practicing empathy is good for people and… good for business!